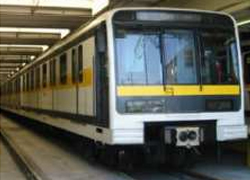 Establishment of the integrated monitoring system of urban metro by using the full-D1,
full-frame recording DVR, and the efficient video transmission technology by network

Installation place
Milan, capital of Lombardia state, Italy, is a hub city in the north Italian industrial zone as a hub of transportation from the past. Rarely as a Italian city, Milan has 3 metro lines(Milan Metro) including 94 stations over the total of 83.3Km length.

Requests
Milan Metro promoted the introduction of CCTV system to prevent various robberies and illegal actions happening at the stations, and wanted to monitor, record and replay video of D1 class, the highest definition at analog CCTV system, without loss in frames. In addition, they requested the integrated monitoring of DVRs installed at each metro station from the central control room by combining them with low bandwidth network.

Result
WEBGATE supplied 250 sets of 16ch DVR of D1 and full-frame monitoring and replaying performance, at each station, and integrated them in a network of ADSL line. WEBGATE established a system which can provide the real time monitoring of camera from each station, DVR recording and its playback, and their maintenance through the control center program.