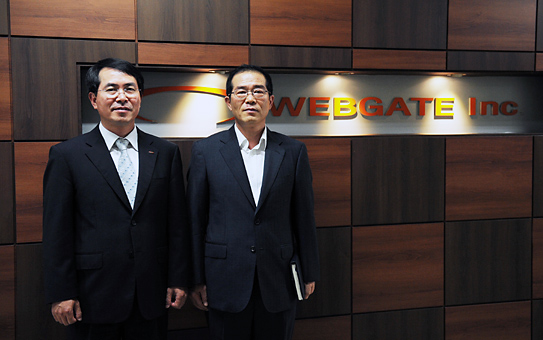 Head of Anyang customs office visited Webgate division of Daemyung Enterprise that is leading the industry of HD-CCTV camera and DVR on May 22nd.

The purpose of this visiting is to support Webgate for expanding exports to the United States following to KORUS FTA. Anyang customs reviewed the consulting result executed on June 19th and 20th, and gathered Webgate’s suggestions and remain issues.

Anyang customs had dispatched FTA-dedicated staff and 3 tariff specialists to Webgate, and gathered company’s complaints and proposed their solution. Especially, Anyang customs is keeping custom consulting on the preparation of certificate of origin for export products.

Webgate division of Daemyung Enterprise is the top leading company in the area of camera server based on network and DVR, and Webgate is already appointed as the authorized exporter of origin which is the precondition of Korea-EU FTA benefit.

Head of Anyang customs office said “To expand exports to the United States, export companies should actively use the FTA, and to prevent the damage by origin verification of U.S. customs, more thorough FTA preparation is necessary”.