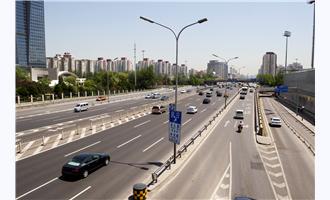 The Korea Expressway Corporation (KEP) selected Webgate high-resolution cameras to provide a clear picture of traffic for its intelligent transportation system (ITS). "The old analog system with its black-and-white screens was almost impossible for recognizing details, especially in poorly lit areas at night," said Mr. Park, Traffic Control System Manager.
When KEP wanted to improve its traffic control center and monitoring system, it needed a solution which was compatible with the existing coaxial cable infrastructure.
Working with KEP, Webgate traffic systems specialist Mr. Min decided to install 27 cameras to cover all important sites. They can be remotely controlled by the control center. "The license-plate recognition function can help prevent crime," said Mr. Kim, a police officer. "Recently, there was crime, involving metal theft of subway tracks. The license plate was caught clearly on the monitor, enabling our team to track the criminal."
The good image quality enables identification of all individuals for about 20,000 square feet of public areas. Every moment can be recorded with the date, making it easy to identify when something occurred. "This system is very easy to use for operations and management, who can handle the existing analog system, and it's very stable," Mr. Park said. Webgate solutions have been used for almost two years without any drawbacks.